Moving to Arlington, TX – everything you need to know before making that step

Before even organizing your move, you should know if the place that you’ve chosen for your new home is the right one. You have to know what you need out of your new location. Is it good jobs, or a good workforce? Are you moving with a family, so parks and a safe environment are what’s important to you? No matter where you’re moving, getting all the information is essential, before you make the choice. So, are you thinking about moving to Arlington, TX? In that case, this is the article that will give you everything you need to know.

If you’re moving around the corner in Arlington, then you probably already know all of this. But, if you’re coming from somewhere not so close, here’s some basic information. The city, located between Dallas and Fort Worth has more than 400,000 residents. That puts it on the seventh spot of the most populous cities in the state. With numerous public parks and beautiful spots along the Trinity River, it gives its residents the connection to nature that everyone needs. But what about business people? Well, with a workforce of more than two million people, this is a great place for people who are thinking about starting a business. So, let’s go through some of the other aspects to consider when moving to Arlington, TX. 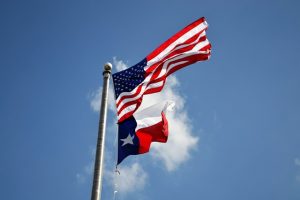 What should you know before moving to Arlington, TX?

Despite being right in the middle of the metropolitan area, the cost of living in Arlington is lower than the US average. In addition to this, the costs of living are lower compared to larger cities in Texas, too. And that includes the price of rent, utilities, and food. However, the median home price has increased in the last year, coming close to the national average. So, so you might want to think twice before buying a home. Maybe there are other more suitable options for you.

Moving to Arlington, TX -DIY move or hiring a company

You don’t have to go through the moving process all by yourself. There are many moving companies in Arlington that can give you a hand, and help you go through it. The right company can even help you tidy up after your move is over. That way, you can start your new life as soon as possible. However, be careful and choose a good, reliable moving company.

UT Arlington is the largest university in this part of Texas. Around 40,000 students come to study here, while more than 60 percent of them stay in Arlington. Also, there are four public school districts here.

Although it’s not really related to education, did you know that the US headquarters of MENSA is located here?

Sports fans will love it in Arlington. Arlington hosts Texas Rangers in Major League Baseball and the Dallas Cowboys in the NFL. So, start saving up for your season tickets, because visiting the Cowboys Stadium is truly an impressive experience. Other than exciting sporting events, there’s Levitt Pavilion that hosts live shows and concerts, as well as Theater Arlington. 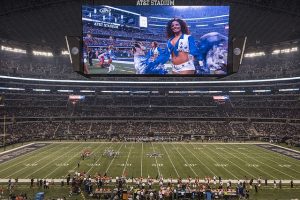 Arlington is the seventh-largest city in Texas and the 50th-largest in the US. But, it’s also the largest US city without public transportation. That means there’s no rail transportation subway, no subway, and no bus transit system. So, you understand it’s quite useful to have a car in this city. The city is close to major highways, so that makes life easier. People without cars use an on-demand rideshare program called Via. Also, Uber and Lyft are as popular as anywhere.

When reading any guide on moving for beginners, you’ll find a lot of administration involved. However, what most of the guides don’t mention is documentation related to your car. There are vehicle inspection stations and car service providers in Arlington where you can get all the information about your car registration. Also, you have about 90 days to get a Texas license. And that’s unless you’re a student or in the military. Of course, it would be wise to get familiar with a point system in Texas as soon as possible.

Arlington Municipal Airport is among the busiest airports in the world. Also, around 10 miles from Arlington, there’s Dallas-Forth International Airport, the largest commercial airport in the area.

Weather in Arlington is usually sunny with mild temperatures in winter. Summers are quite hot and humid, so air condition is necessary, especially in July and August. Luckily, there’s also Lake Arlington as an option. Winters are milder, and there’s usually no snow, although it does happen sometimes. City gets the most of the rain in May. Also, there are super-cell thunderstorms in Arlington, due to its location. And that means hail, and sometimes even tornadoes.

Because of the many events, professional sports offers a good number of jobs in Arlington. Other than that, the General Motors Arlington Assembly Plant also contributes to the city economy, since it employs around 3000 people. In September 2019, the unemployment rate in Arlington was somewhere around 3.1 percent, below the national average.

Maybe the best to know for sure if moving to Arlington is for you is to come and visit it. Why wait to make friends after moving, when you can do it now? Go to a sports event or visit the National Bowling Museum. Take a walk down the Trinity River and meet some people. You can also visit Six Flags Over Texas amusement park with the tallest and fastest rollercoaster in Texas. Or go to Lake Interlochen at Christmas and check out the Christmas lights that Martha Stewart talked about. Whether because of the parks, people or the economy, soon enough, you’ll fall in love with the city.